Lipari is the largest island of the Aeolian archipelago. The main streets are Corso Vittorio Emanuele where there are many shops, Via Garibaldi and Via Francesco Crispi, known as Marina Lunga, which is the waterfront of the central area of Lipari and linking with the village of Canneto.

Piazza Sant’Ugo Onofrio, known as Marina Corta and main square of Lipari, it is very popular both by tourists and inhabitants of the island thanks to the presence of several bars, restaurants and souvenir shops. Moreover, its shape is very characteristic and in its little harbor the fishing boats are moored.

The other square of considerable interest is Piazza Giuseppe Mazzini from where you can access the Castle of Lipari.

In the Castle, located on a promontory, are the medieval towers of the XIII century, the Norman Cathedral of 1084 and the remains of the Norman Abbey.

Inside the castle there is also the Aeolian Regional Archaeological Museum, one of the most important in the Mediterranean, in which there are fifty rooms with exhibits of vases, ceramics, theatrical masks, etc. 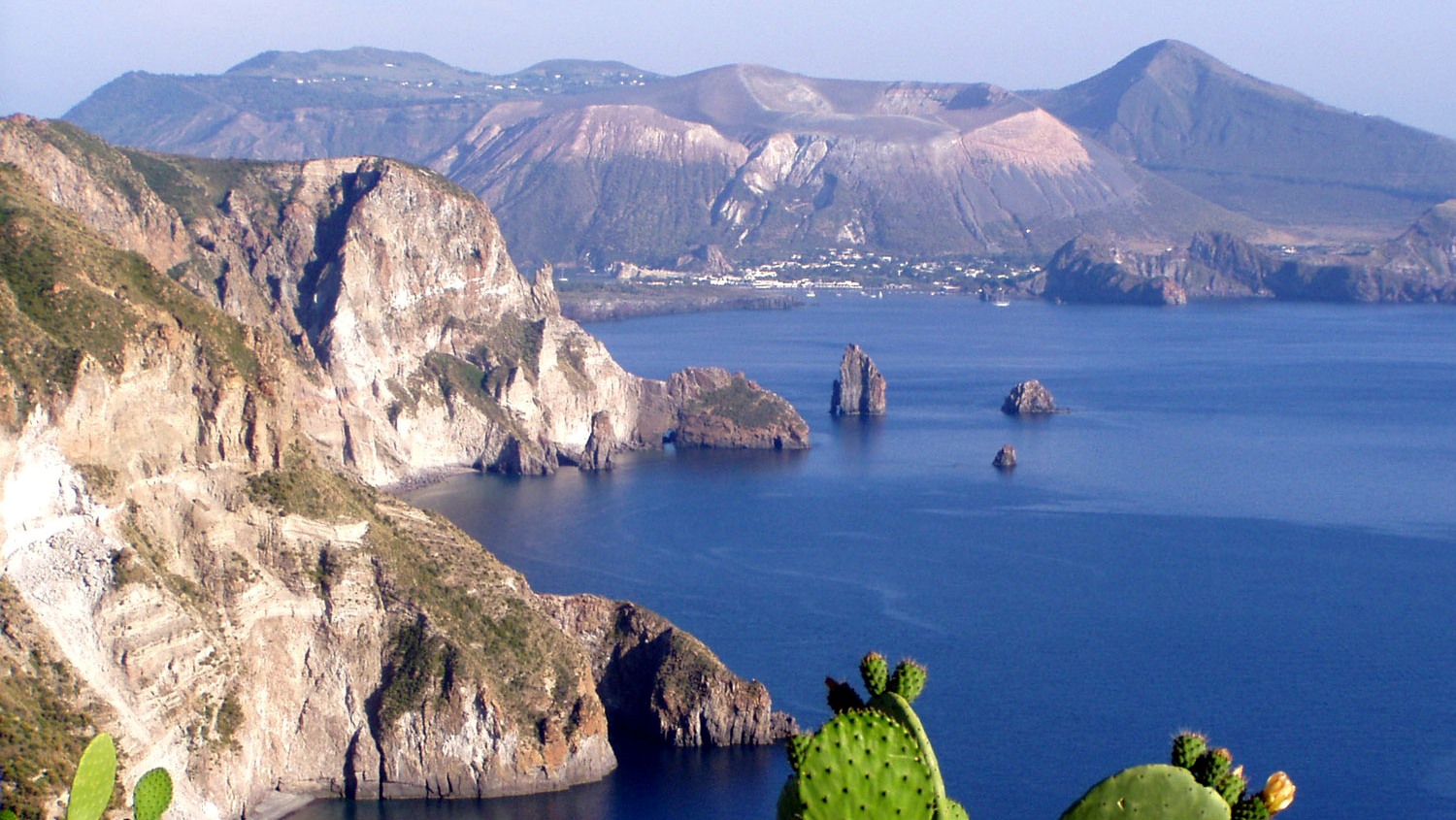 Panarea is the smallest and most mundane island of the Aeolian Islands, with the islets of Basiluzzo and Spinazzola, Bottaro, Dattilo, Lisca Bianca, what remains of Lisca Nera and the rocks of the Formiche and the Panarelli, is a small archipelago located between Lipari and Stromboli.

Panarea is a regular destination for VIPs and common people from all over the world, who spend their holidays every year in this pristine oasis. In the town, located near the port, there are bars, restaurants, nightclubs and various shops.

Baia di Calajunco is the famous natural swimming pool of the island, characterized by crystal clear water and is enclosed by the rocks of the Punta Milazzese promontory.

Caletta Zimmari is the only beach on the island located between the town and Punta Milazzese. It’s very popular with tourists during the summer and is characterized by the reddish color of the sand. 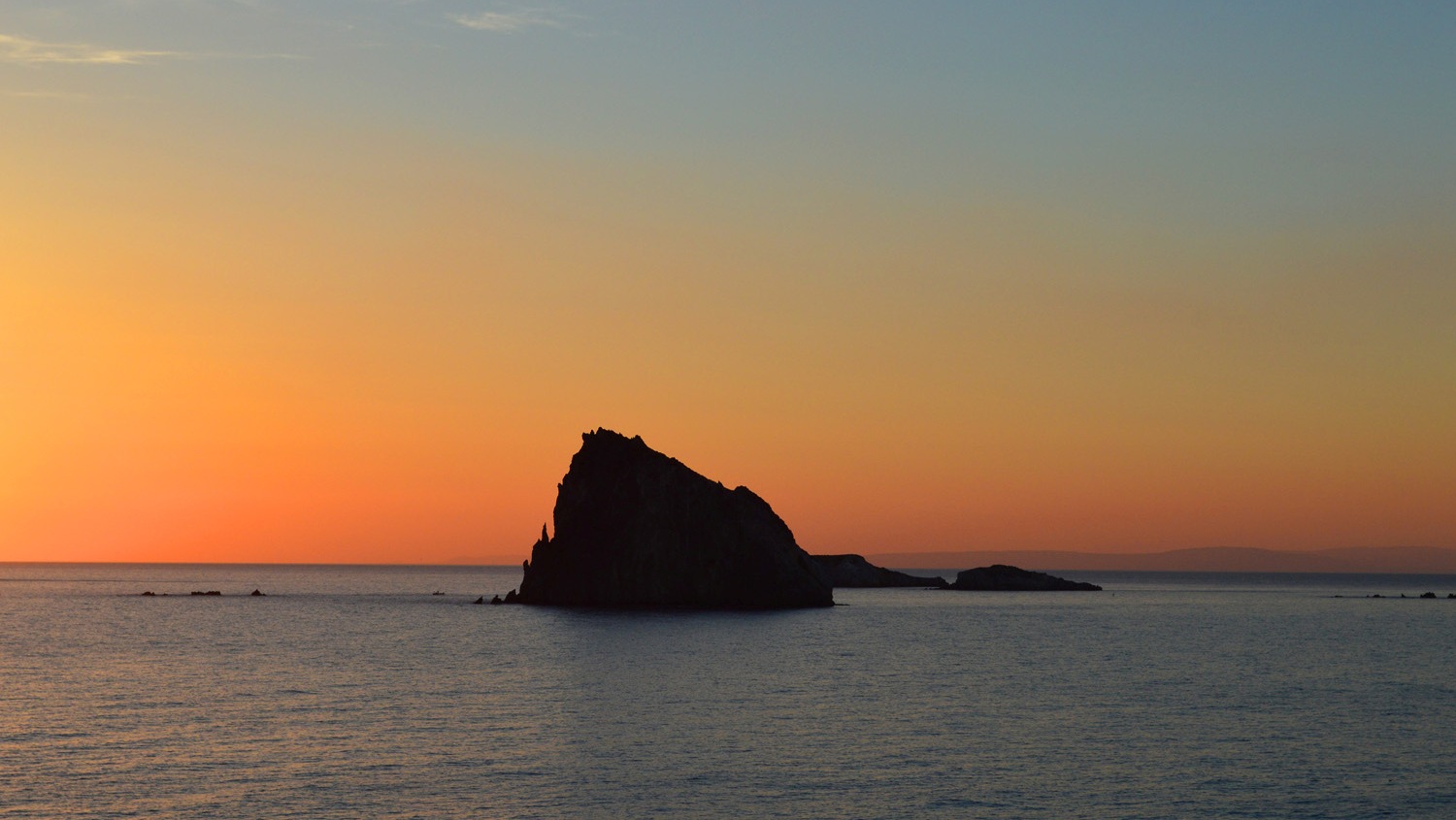 Salina is the second largest island of the Aeolian Islands, after Lipari and hosts three separate municipalities: Leni, Malfa and Santa Marina Salina.
Salina is also the most fertile island of the archipelago; here are cultivated precious grapes from which is obtained the Malvasia delle Lipari and capers, famous all over the world.

In Salina there is the wonderful nature reserve “Le Montagne delle Felci and dei Porri” where, among other things, it is possible to observe the transit of migratory birds such as storks or flamingos.

Among the most beautiful beaches of Salina stands out the Pollara beach made up of small pebbles and lava rocks, the beach of Leni with shallow and sandy seabed for diving lovers, the picturesque Rinella beach which is characteristic for its black sand, Lingua with its pebble beach, the lighthouse and the ancient stone bridge of Vallone Zappini.

The island can be reached by disembarking at the port of Santa Marina or at Rinella, municipality of Leni.

On the beach of Pollara some scenes of the movie “Il postino” were shot, a masterpiece interpreted by Massimo Troisi. 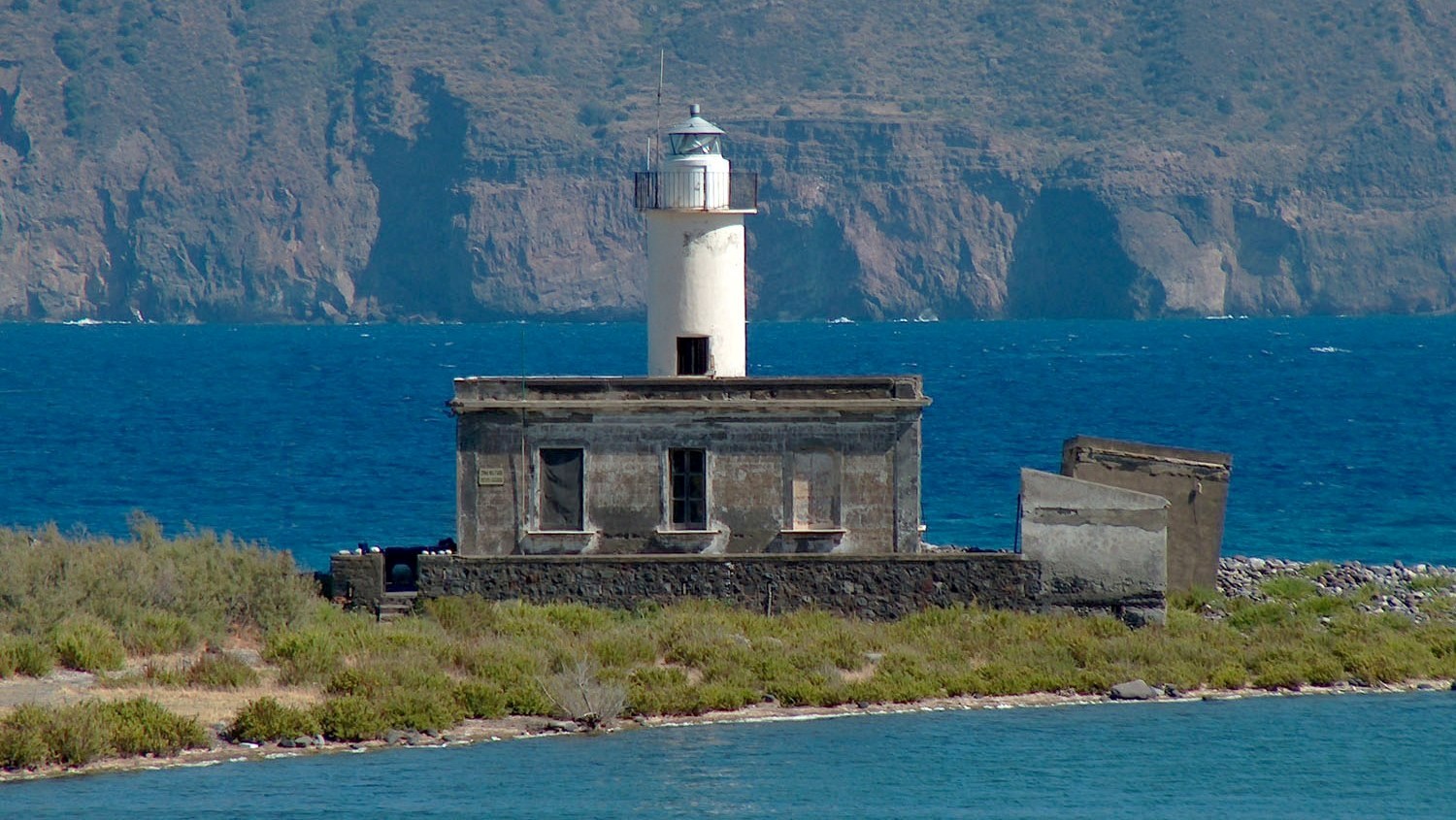 Approximately twenty kilometers from Messina, Rasocolmo Cape is a promontory that rises on the sea at the north eastern end of Sicily.

Here are the “Sand Mountains” which are small rocky promontories covered by sand pushed up by the winter winds. The splendid beach that surrounds the entire cape is shaped like a scythe and is made of light sand while the sea is clear and transparent.

On the homonymous Cape stands the Rasocolmo tower, dating back to before the sixteenth century, which has been transformed into a lighthouse of the navy.

Not far away is San Saba, an ancient fishing village of about 300 inhabitants that in summer is home to a large number of tourists. 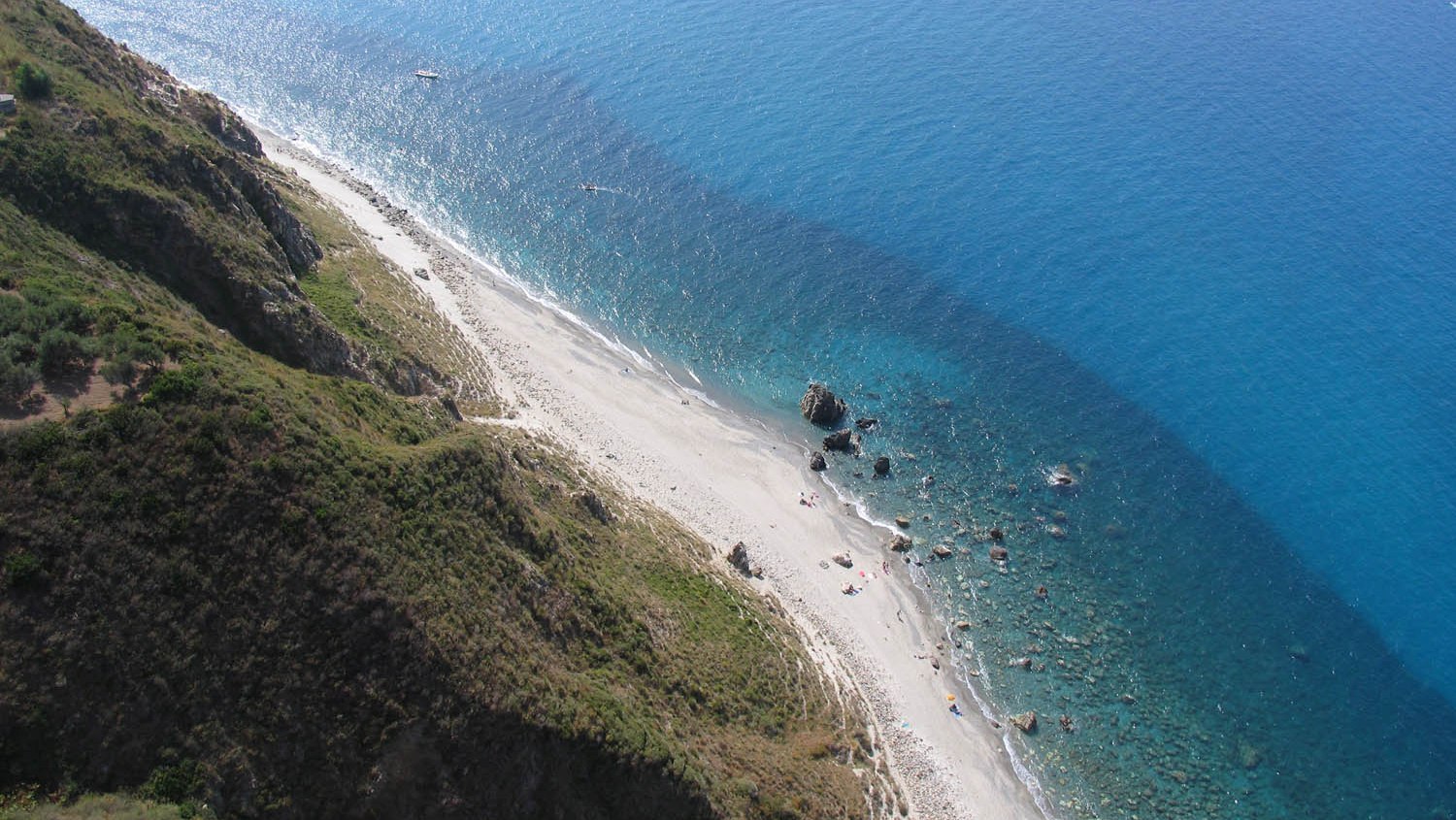 Portorosa, located in the bay between the Gulf of Milazzo and Tindari, is the largest Sicilian tourist port and one of the most exclusive in the Mediterranean Sea. The immense structure, built in the mid-1980s, is characterized by a tourist complex surrounded by greenery and composed of villas that overlook waterways along which moorings are located.

The structure houses a small shopping center, petrol station, restaurants, swimming pool for a fee, disco and various shops and boating. In the early 2000s, an impressive and splendid hotel was created by the Hilton hotel chain, which later became Valtur.

The housing units, divided into lots, are accessible both from the internal roads of the complex and directly from the suggestive navigable canals on the back of the units. 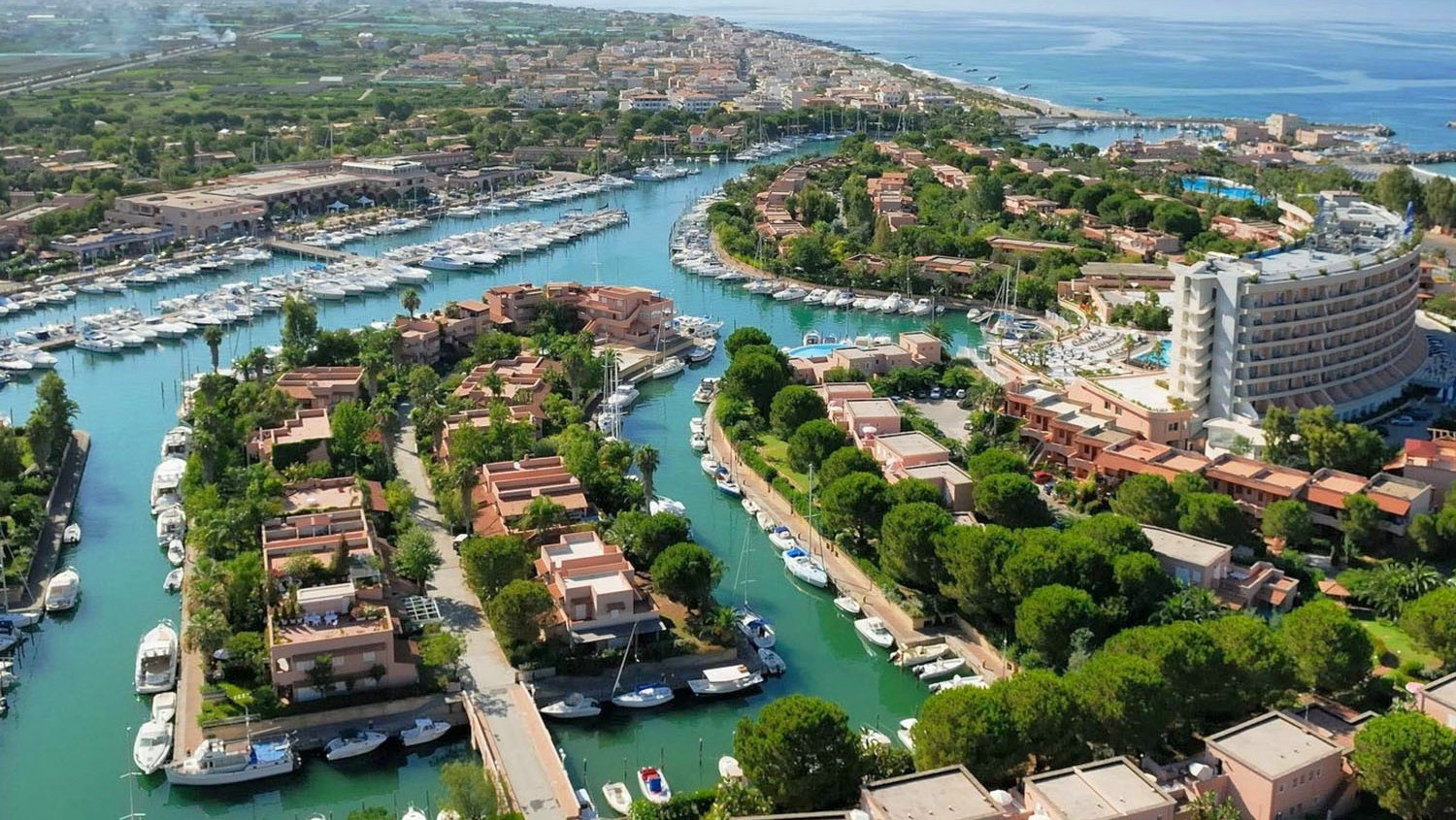